Norm and I stumbled upon this street in the 17th arrondissement in Paris. The sign says this street was named for the founder of a company, but I know that it was named after my mother-in-law. 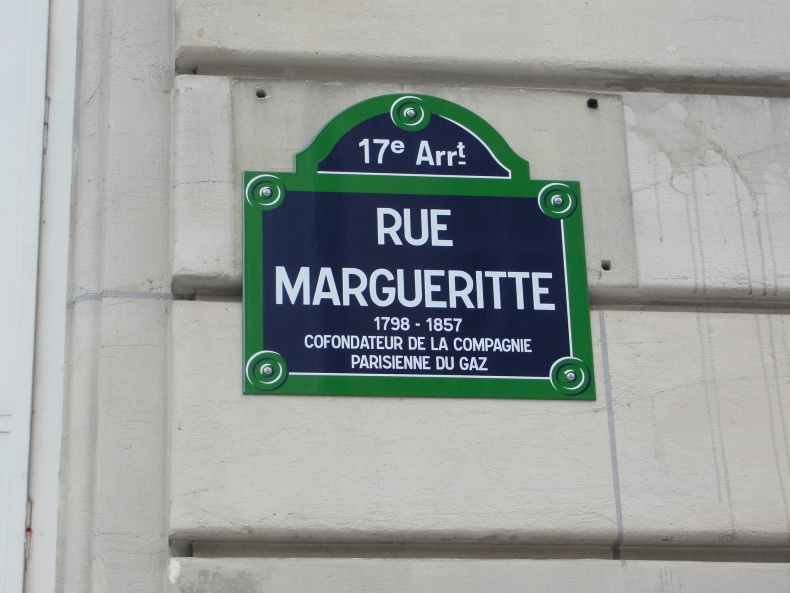 I was eighteen years old the first time I met Margueritte, and she took me into her arms and gave me a long hug – a real hug. I have been enveloped by her love ever since. She was the most generous person I have ever known – not only with her hugs, but with herself and anything that she had.

She was best mother-in-law a girl could ever have.