What is that lump in the middle of Jillian’s bed under the bedspread?
I think it’s a Cupcake. 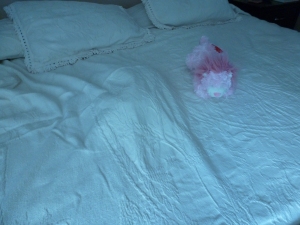 No, not that kind of cupcake. 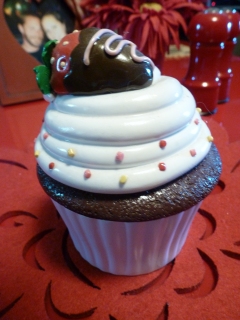 This kind of Cupcake. This beauty wasn’t always so stunning.
She sidled up to Jillian one day, a half-starved waif. 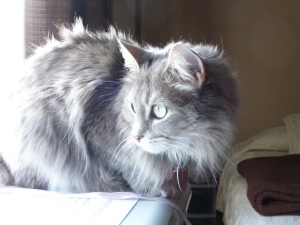 Jillian begged Norm and me to let her keep the urchin, though we were five thousand miles away and didn’t feel a college kid needed
the burden of a pet. We relented.

Jillian needed Cupcake as much as Cupcake needed Jillian. Both their moms and dads were so far away. Both were striking out on their own, striving for independence. But even as self-reliant beings, we all need someone.

Are you curious about why this little girl is named Cupcake – other than that she is as pretty as one?
It’s because she has a poof for a tail. Kind of looks like
a cupcake, doesn’t it?

Yes, siree – Jillian has the best Cupcake in the world.
I’m kind of sweet on her myself.

4 thoughts on “The Best Cupcake Ever”