Louisiana said, “Hey! Where have you been? I’ve got something for you!”

She was talking about pecans. Everywhere. Dropping from the sky. Just like Chicken Little’s acorn. 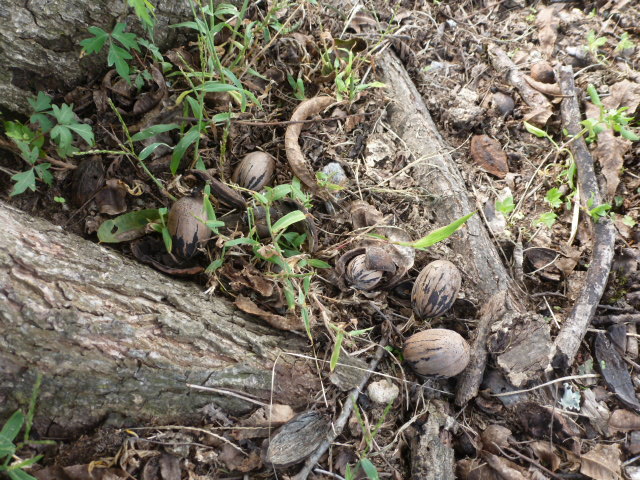 It’s October, the month of pecans in the Bayou State. The weather alternates from chilly to warm, and if there is a thunderstorm – which there will be – the pecans plummet to the earth, and then children appear and scoop them up in droves.

I used to do the same thing when I was a child. A giant pecan tree stood in the front yard at Great-Aunt Bertha’s house. Bertha was MawMaw’s sister, and my sisters and I affectionately called her “Birsh” because when our mother was a child, she could not pronounce “Aunt Bertha.” The name stuck.

When the pecans did their annual descent from Birsh’s tree, my sisters, my cousins, and I would go outside and gather as many as our little hands (or dresses) could hold. Sometimes we would crack them and eat them right then and there by placing two pecans in our hands and squeezing them together. It took quite a grip to accomplish this feat, but it was well worth it.

A bowl of pecans, along with a nutcracker, always sat on MawMaw’s coffee table throughout the season. Of course, MawMaw made pralines and pecan pie with the pecans, too.

But my favorite way to eat the pecans was right out of the shell, outside by the tree, with my sisters and my cousins.

Many years have passed since those days. MawMaw and Birsh are waiting for us on the other side now. I hadn’t picked pecans in a long, long time. Until this year.

We came home just as the pecans were ripening. Happily, a thunderstorm hit just after our arrival. As though not to disappoint, the pecans fell from the trees and waited anxiously for us to come get them.

Norm found this contraption at a local sporting goods store. It’s the easiest way to harvest pecans. Much easier than bending and picking as we did when I was a child. All you do is roll it on the ground, and it does the work for you. One wheel collects three and a half quarts of pecans – which we picked up in only fifteen minutes. Every time I thought I was finished, I found another cache of nuts and told Norm, “Wait, just a few more!” After gathering about thirty-five pounds of pecans, I finally acquiesced and gave up the hunt.

To empty, I just separated the spokes and the nuts fell out effortlessly. What a clever invention!

Norm is a romantic and, knowing that I coveted this super pecan cracker, he gifted me with one following our little pecan-picking foray.

Unlike the handheld version, this one cracks the pecans without pulverizing them so that you wind up with beautiful pecan halves. 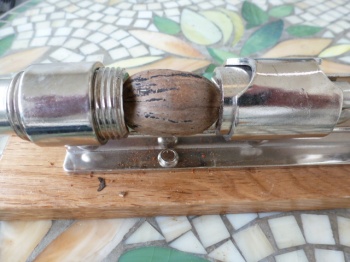 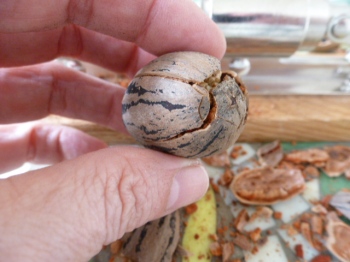 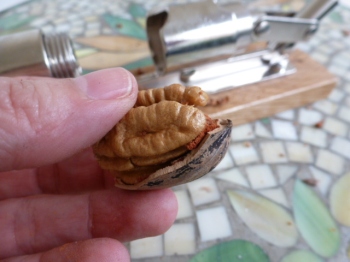 In the days following, I sat on the porch with Jillian and whiled away the time with her as I cracked pecans. The whole experience was a dream that ended with buckets of cracked pecans just waiting to welcome the holidays with candies and pies and all kinds of sweet delights. 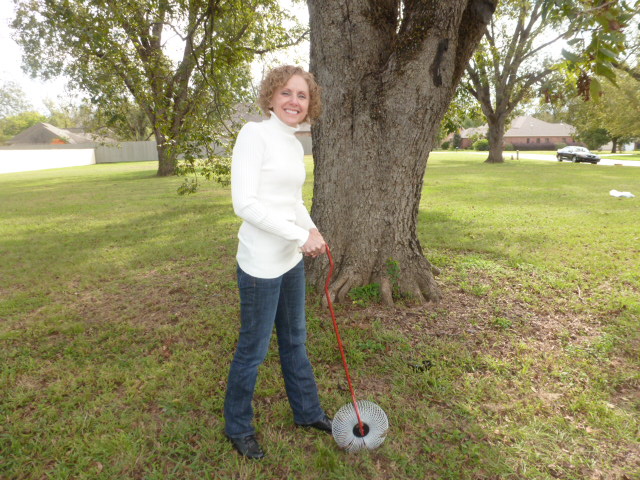 Sometimes life is as good as a pecan.