For years, after I finished sewing a dress or costume for Jillian, I cut out 4×4 squares from the fabric remnants in the hope of one day putting together a quilt as a memory of her childhood. As with most things that were precious or sentimental to me, Katrina stole almost all of the squares. For the past fifteen years or so, I’ve lugged around a bag of those few that survived The Storm. They’ve been around the world. But it was finally time to become one, and to settle down in one place with a different girl.

Because the squares were based on different things that I made for various functions or holidays, when I spread them out, a picture started to form in my mind – a calendar. A year in the life of our family as Jillian was growing up. I arranged the squares to represent a year in her life. 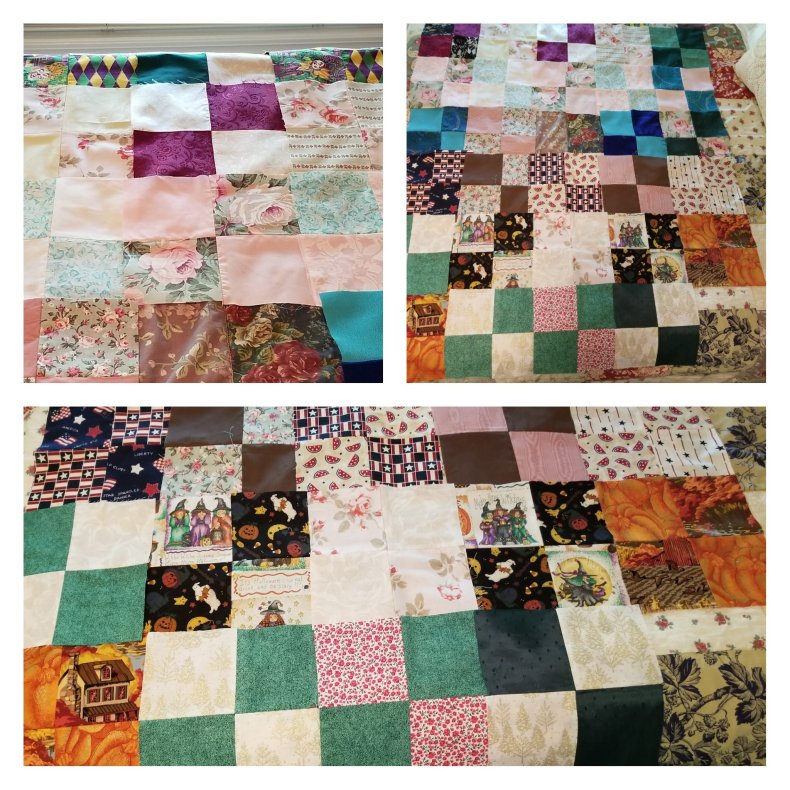 January: New Year’s Day; Kings’ Day, (the first day of Carnival). These were made from pillows and a table runner.

February: St. Valentine’s Day. This was made from a Cotillion ball gown.

March: St. Patrick’s Day. This was made from curtains.

April: Easter. This was made from Jillian’s Scarlett O’Hara dress.

May: Memorial Day and the beginning of summer. This was made from a table runner and a Cotillion ball gown.

June: the birth of a girl whose heritage is French and whose parents’ names are written in a nursery rhyme. The other June patches are from a Cotillion gown.

July: Independence Day. These were made from a table runner and pillows.

August: the dog days of summer. This was made from a wreath.

September: La rentrée (or return to school). These came from something that never materialized.

October: Halloween. These came from a costume.

November: Thanksgiving. These came from a table runner.

December: Christmas. These came from a rag doll and some pillows.

The idea was to have no two four-squares exactly alike, using two matching patches diagonally from each other for all four-squares except one. Her personal four-square, representing her birthday, would have four different patches. Between each representative calendar patch, I sewed in random patterns to separate months.

The coup de gras were felt bears whose faces I embroidered with different expressions. I placed them haphazardly around the quilt and their purpose is to add both quirkiness and a bit of Colorado as the tiny recipient is a native of that state. I used a flannel sheet with pictures of woodland creatures for the back to complete the picture. 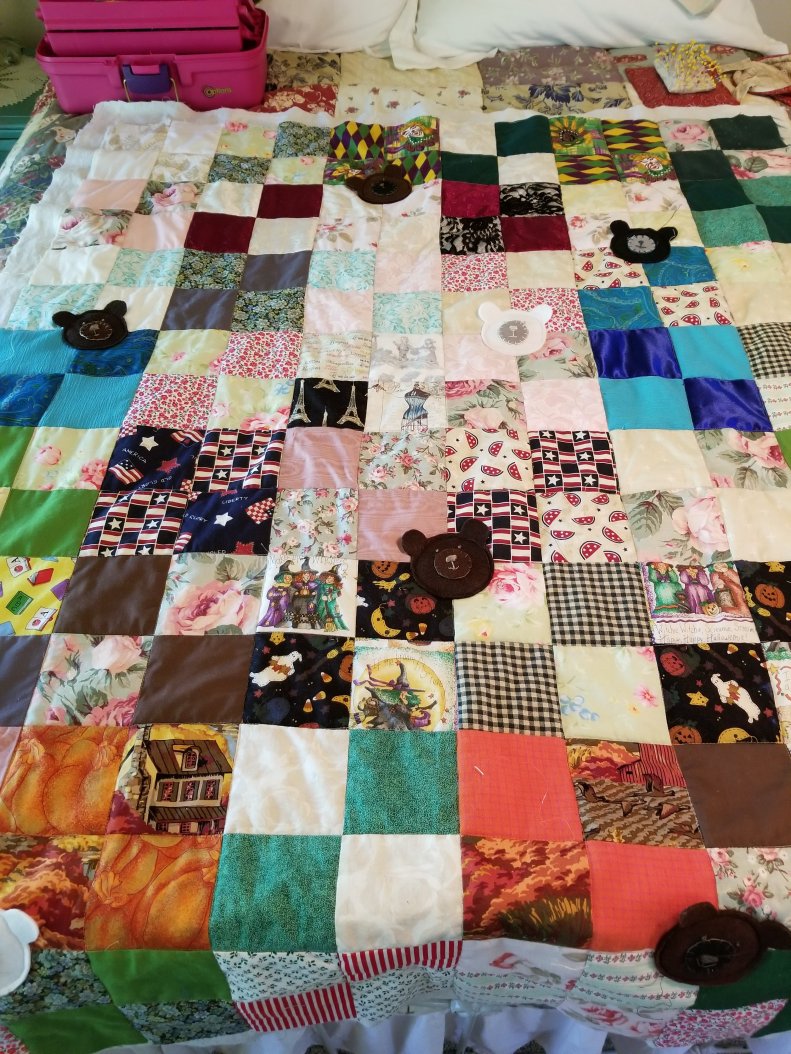 Voilà. Not quite. I couldn’t resist making a miniature version for her doll.

Well, there she has it: a memory of her mother’s childhood. Now, let’s all go out and make more memories because even a hurricane can’t purloin those.