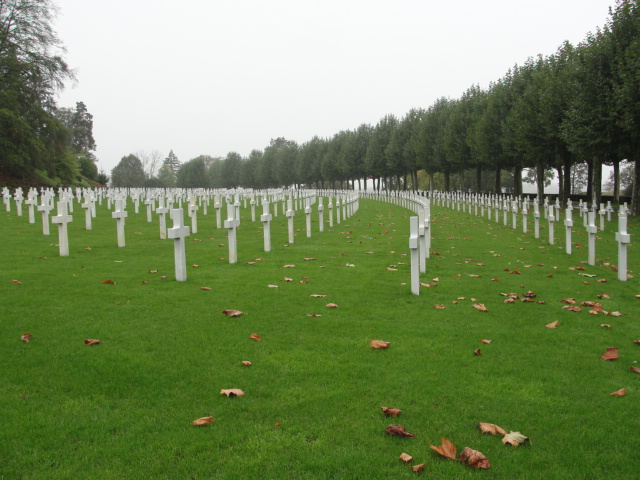 No, no, no! I will not despair. We have our freedom, thanks to them, and they would want us rejoice that their sacrifice was not in vain. 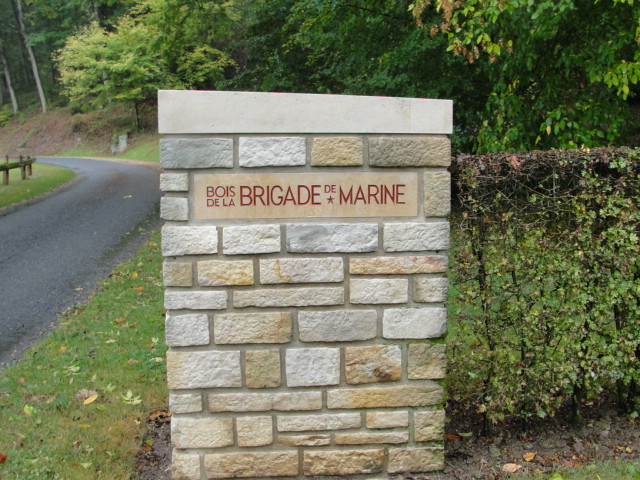 It was not in vain.

A little girl stood in her bedroom – the last room in her mother’s double-shotgun house in the City That Care Forgot. It was summertime; school was out. She faced the back door because a small American flag was perched there between the back door and her closet door.

She placed her right hand over her heart and said the Pledge of Allegiance.

This was her daily routine that summer. Her patriotism did not wane just because it was summer. 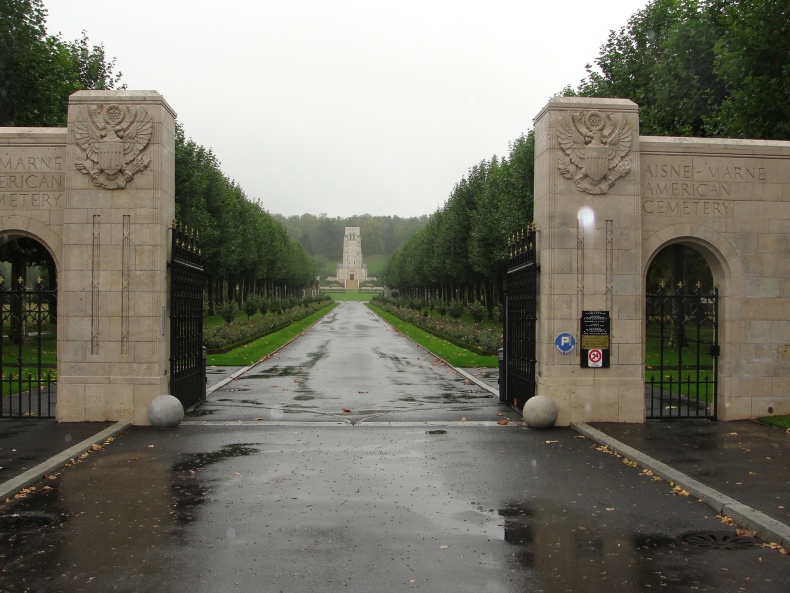 Fast forward a few decades and now the woman and her hero visit the Aisne-Marne American Cemetery in France. This is the battlefield where the Marines earned the nickname “Devil Dogs.”

The rain seemed to mirror the solemnity of the occasion: Armistice Day, the day the Great War was ended, now known in America as Veteran’s Day. 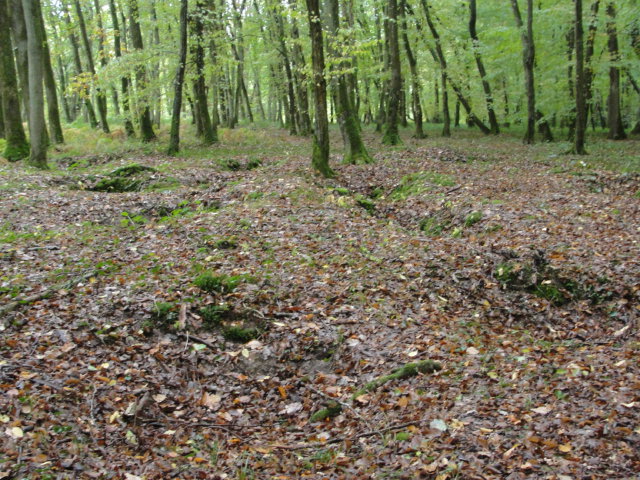 The trenches remain where they were dug almost a hundred years ago. They seem small and insignificant now. But the horror of what happened in this place, and the freedom that we enjoy now because of it – the incongruity of it slapped the woman sober.

Why must such occur?

Why are some willing to offer their lives to save people, indeed, to save humanity? 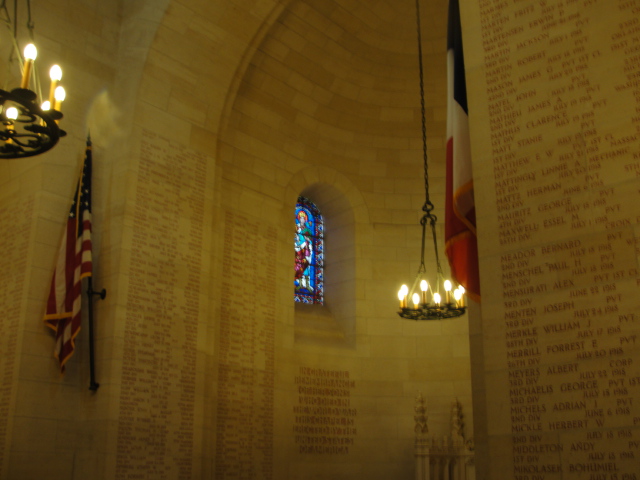 Say a prayer for them. They valued others’ lives more than their own.

Look at all of those names on the wall of the chapel. Those are the ones who were never found. They lie in the earth, hidden from us mere mortals. Hidden, but not forgotten.

Veteran’s Day is to honor all of America’s veterans. 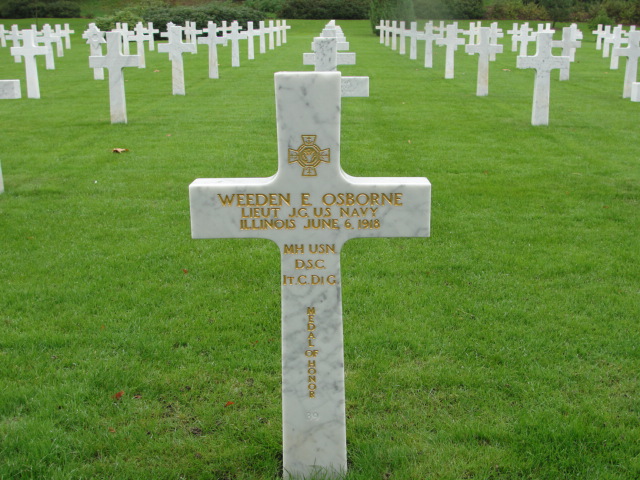 They, too, chose to give of themselves. 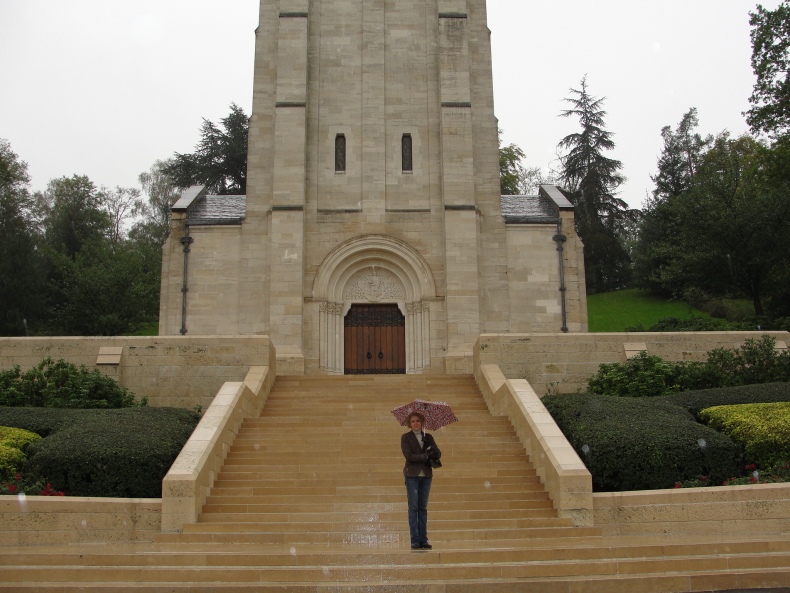 And the woman is ever thankful.

5 thoughts on “Thank You, Veterans: A Visit to Aisne-Marne American Cemetery (Belleau Woods)”