When Norm and I first married, I decided to buy a new ornament every year to commemorate the year we had spent together. I carefully preserved each ornament in its original box and recorded the year we acquired it.

ornaments that reflect who we are as individuals

I did the same with ornaments that were given to us as gifts.

ornaments given by people who have touched our lives

Every year when I take each out of its box, we remember where we were and what we were doing at that point in time. Our life together is displayed on the tree.

ornaments representing the most precious part of our life – our child

Several years ago, when we lived on Sundown Bayou, we hosted a Christmas party. The Parade of Lights passed directly behind our house on the bayou, so we wanted the perfect tree. We found one – a huge one at over ten feet tall – but this was no problem for our cathedral ceiling.

the tree from Hades

It became a problem, however, when we tried to place it in the stand. It kept sliding off balance, eventually toppling over. We noticed too late that the trunk was lopsided and made the tree top heavy. Can a happy couple almost get divorced over a Christmas tree? I distinctly remember a conversation that went something like this:

Norm, under the tree, maneuvering the trunk in the stand: “Move the tree to the right.”

(Stacy moves the tree to her right.)

“You said to move it to the right! That’s what I did!”

“Not YOUR right! MY right!”

“Well, I can’t see you! How am I to know what YOUR right is? I have a face full of pine needles right about now!”

After Jillian and I completely decorated the tree, it started to wobble again. Jillian and I removed every single ornament so that Norm could straighten the tree.

The following morning, a big “whoosh!” awakened the three of us. We ran into the living room and there was our beautiful tree lying supine on the living room floor, along with several broken ornaments – many of them holding priceless memories, like the Radko that Norm brought Jillian from Poland or the hand-blown manger that I had bought when I was sixteeen. Jillian began to cry. There was no consoling her. 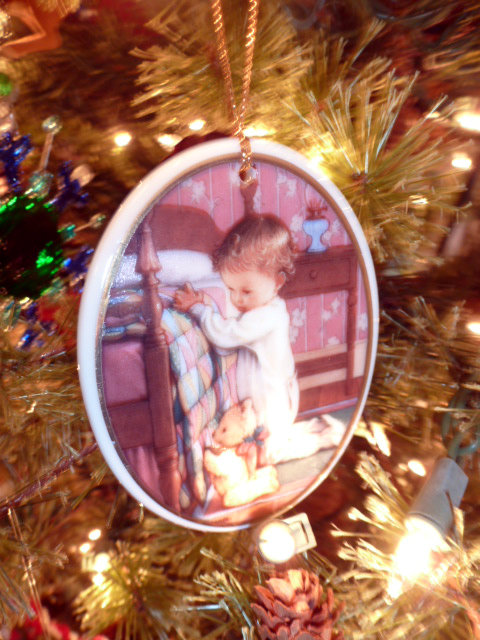 reminds me of Jillian as a toddler

Finally, Norm was able to secure the blasted thing by suspending it from the rafters with fishing line. That was the only way to keep it upright.

My child’s tears were the last straw! From then on, we have always had an artificial tree. They are predictably upright every year.

travels near and far

Christmas is steeped in tradition. This is one of the many reasons why it is my favorite time of year. But sometimes, we have to dispense with deeply-entrenched family customs in order to doff the cloak that weighs us down. This is what I did all those years ago when I purchased an artificial Christmas tree.

tie it all together with crocheted garland, red bows, candy canes, and “bubble” ornaments

We still have been making memories in spite of the artificiality of our Christmas tree. That first tree we bought went through Katrina, so there was no saving it. And because we lost so many mementos during the storm, our ornaments are even more important now than they ever were. 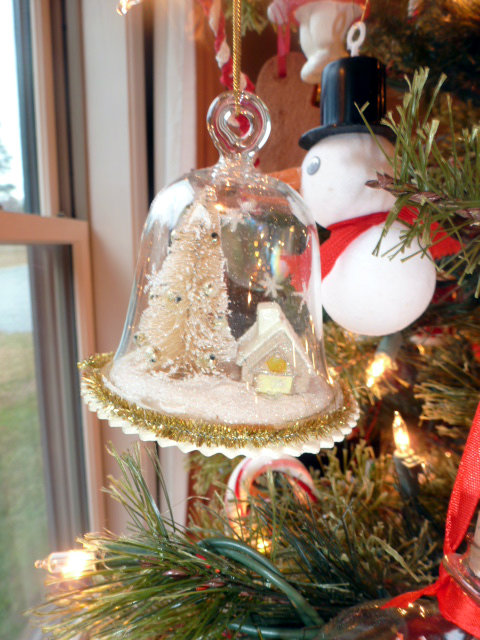 the home I used to dream of….now a reality

Fortunately, our ornaments were in the attic, far above the water line, so except for those who perished at the whim of the tree from Hades, all of our ornaments are intact, still reminding us of the years we have spent together as a family – in good years and bad, during lean times and prosperous times, in sickness and in health.

Our life together – may it last forever!

13 thoughts on “Our Life Together on the Christmas Tree”