Hello there, Stacy Lyn’s dearest gentle readers. There is nothing of consequence in Stacy Lyn’s world presently, so we thought we would sneak onto Dream Tree Bayou and write in her stead. We shall recount the day in September that we spent with her and the Bubbleheads at Tillicum Village on Blake Island in the Puget Sound. The island is only accessible by water, so first stop – the ferry. 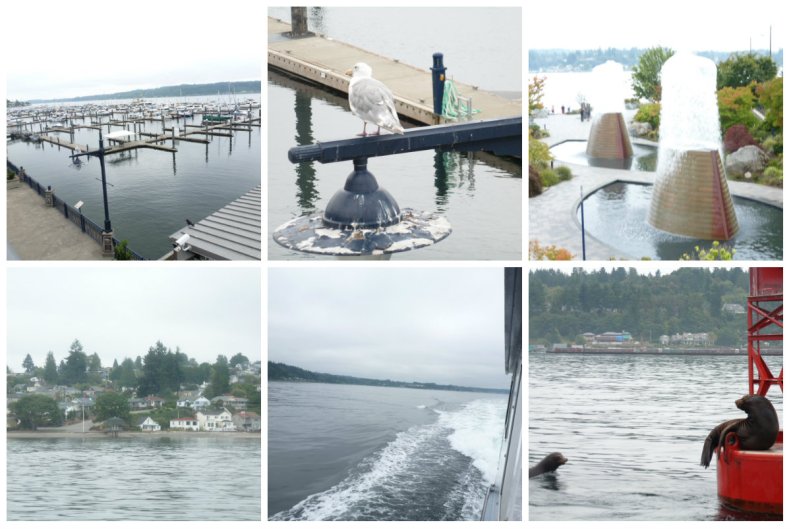 We were greeted by locals donning traditional Northwest Native garb offering a cup of clams. Stacy Lyn gladly accepted the cup of clams then proceeded to hand them to Norm. She does not eat mussels of any kind. Can you blame her?

Once inside, we watched the chefs prepare smoked salmon over an open flame. Later, it was served to the guests as we watched a performance of local legends. We would love to share photos with you, but photography was not allowed during the show.

Afterwards Stacy Lyn poked around admiring the artwork then spoke to one of the dancers. She inquired about the legends that were performed – she is the biggest Northern Exposure fan around, and she wanted to pick the performer’s brain about the stories. She’s weird like that.

A stroll around the island with friends revealed the most beautiful evergreens – some had found their end, and others still flanked the hills with their glory. Stacy Lyn thought that they looked like Christmas trees and opined that the people of Washington state are so lucky to see trees like this all year. 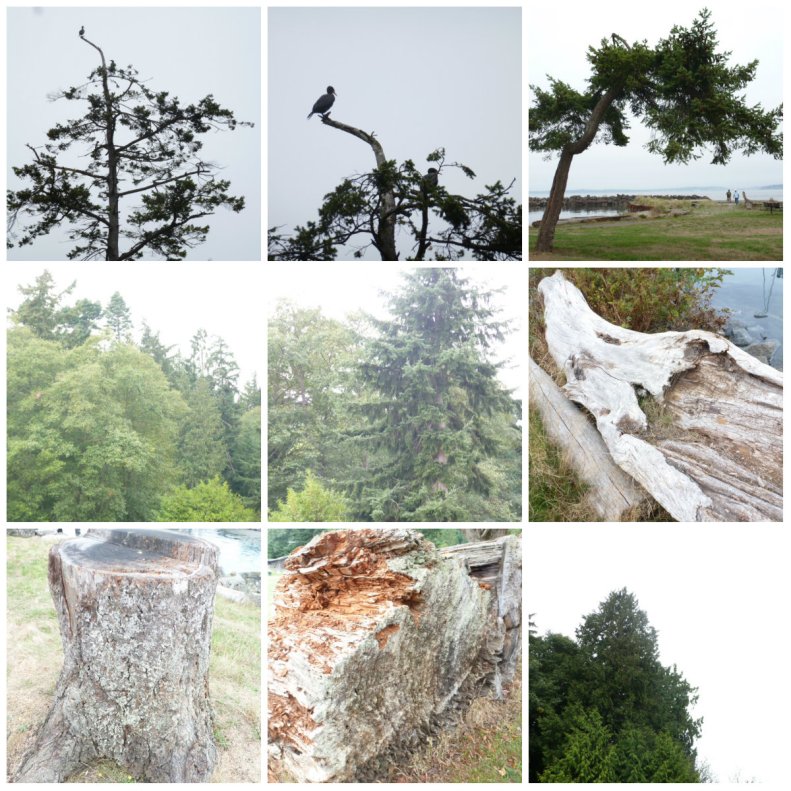 Helios continued his journey across the sky, and before we knew it, the time had come to say goodbye to Blake Island. 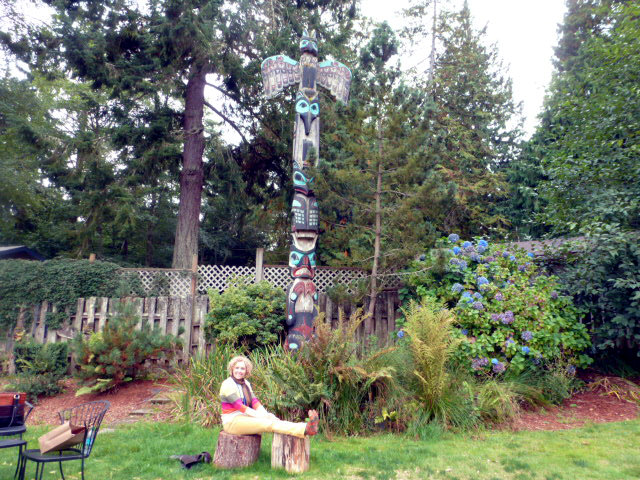 It was a good day, one that will not be forgotten. Days spent with friends are like that.