“[F]elicity is…a private and tender relation of one to one,
which is the enchantment of human life.”
~Ralph Waldo Emerson

So often I am reminded of the dark side of humanity about which the Anti-Transcendentalists wrote, just by observing people’s everyday behavior. I saw a kid cut off a school bus the other day just so that he could get ahead of it before he made a right turn. *sigh*

But then, that spark of divinity that the Transcendentalists saw amazes me when one person shows a virtual stranger kindness, just because.

That virtual stranger is yours truly, and this particular kind person barely knows me, but she reached out and revealed the potential that humans can achieve when they acknowledge their light.

Sometimes I am saddened by my lack of expectation in people. Not today, friends. Not today.

So, I got to work to knit a thank you for this paragon of humanity – a biscuit bowl (in which I deposited a loaf of Pain Rustique).

If you’re a knitter and feel inclined to make one, I’ve included instructions below. ♥

You will need a set of double-pointed needles, a set of round needles, a place marker, and leftover wool yarn. Gauge doesn’t matter unless you want a certain size – I didn’t. I just kept knitting until I got the size I wanted. 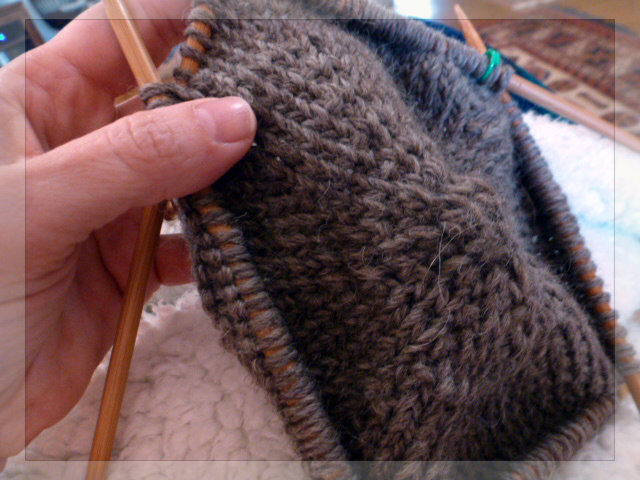 To make one, cast on five stitches on your double-pointed needles, then join for working in the round. Place marker to indicated the beginning of a round.

Keep knitting this way, adding an extra stitch between each Kfb with each round.

I continued knitting this way for this bowl until I reached 15 K between each Kfb.

Once you reach the desired diameter, stop increasing and just knit for about 2 inches. This will create the sides to the bowl. Cast off. 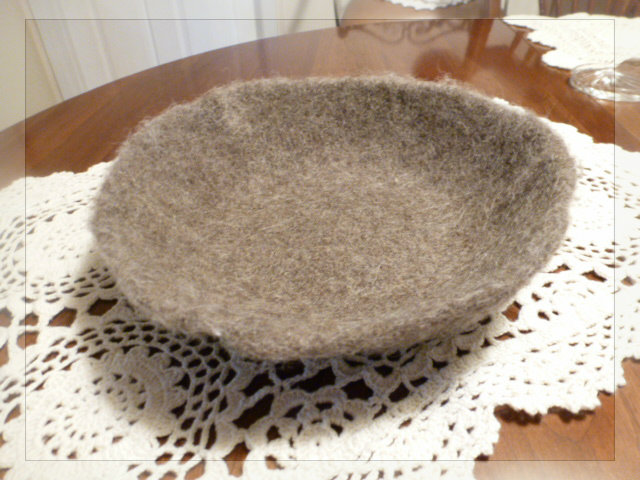 To felt, machine wash in hot water, rinse in cold. If the bowl flattens, just shape it by draping it over a bowl and securing it in place with clothespins. Allow to completely dry, and voilà – a charming, handmade biscuit/bread bowl!

14 thoughts on “K is for Kindness – and Knitted Biscuit Bowl”