Stacy Lyn and Norm took a trek east of Paris to the placid province of Lorraine.

It was bitterly cold – uncommonly so – but the goal was worth braving the elements:
to visit the Meuse-Argonne American Cemetery.

In this region, the badly outnumbered and surrounded Lost Battalion fought valiantly – to their own peril –
and held back the Germans for six days in the Argonne Forest. 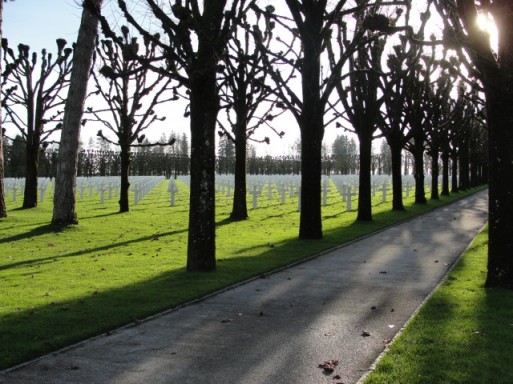 This valorous battalion was led by Major Charles Whittlesey.
Only 194 of the roughly 550 men were rescued by reinforcements,
Whittlesey among them, though he lost the battle against the demons who haunted him after the war.
He disappeared on a cruise ship in 1921 and is presumed to have taken his own life.
A heartbreaking end to a hero’s story.

Though the actions of the Lost Battalion are well-known,
countless other soldiers lie in silence, their heroism known by few, if any.

Once such soldier is Frank Kane.
He died fighting for liberty in a foreign country, yet his story lies hidden in the earth with him. 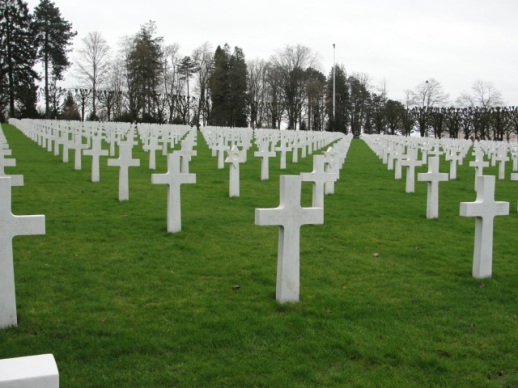 But Norm’s friend had an uncle who fought side-by-side with Frank.
This soldier was never able to visit his comrade in arms, and when Norm’s friend found out that he and Stacy Lyn were to visit Meuse-Argonne,
he asked Norm to take a picture and say a prayer for his uncle’s friend.

It was an honor to do so.