It was early summer when Stacy Lyn suggested to Norm that they take their vacation to Hawaii this year. You see, Norm was stationed in Pearl Harbor when he was a young sailor, and he had not returned since his discharge nearly forty years ago. Plus, last year, if you remember, Norm took Stacy Lyn to the Pacific Northwest for her dream vacation – Roslyn, Washington; Cascade Mountains; Portland, Oregon; Coastal Oregon; and the coup de gras – tickets to the Chris Cornell concert in Eugene. (Stacy Lyn misses him dreadfully and apologizes for not having written about him since his passing, but it’s still too raw for her to do so at this time.) 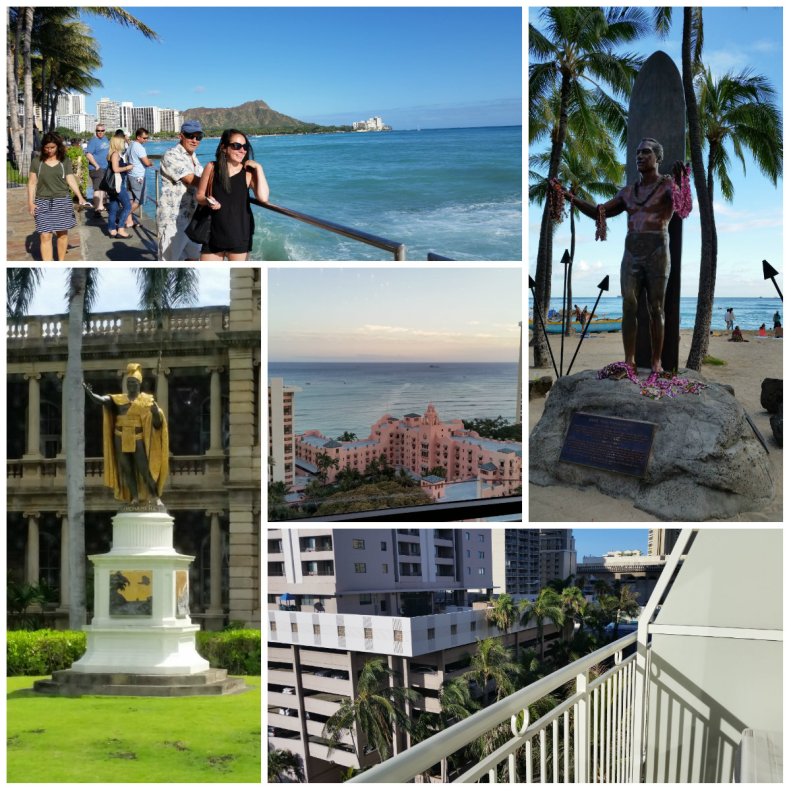 Honolulu with the Fam

Anyway, Stacy Lyn also wanted to see Jillian and spend a real family vacation in the garden spot of the United States with the two people she loves most on the planet. So, Norm agreed, and off the three of them flew – with us, Stacy Lyn’s Traveling Socks, safely tucked away in her suitcase until their arrival. 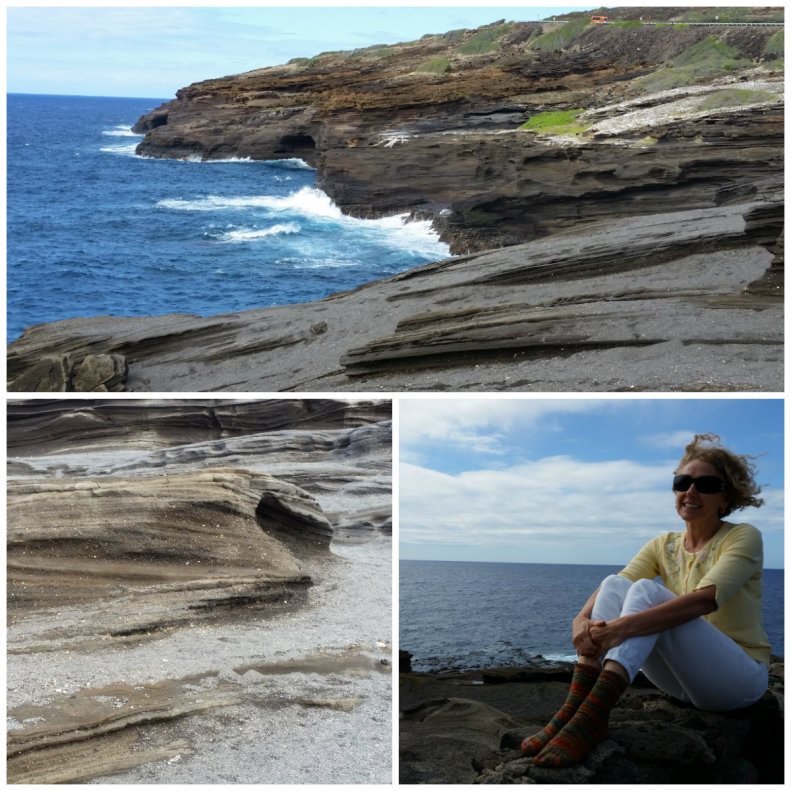 To say that the Hawaiian Islands (specifically Oahu and Maui) were everything that Stacy Lyn had ever dreamed it would be is an understatement. They were so much more than that. She is not much of a beach lover (more of a mountain person), but Hawaii was so perfectly perfect, even she was astounded. How could the water have been so blue or so green, or the sand be the exact color of sand?

The picturesque nature of the scenery was not even the best part. The most amazing part of this vacation was – drum roll please – it wasn’t hot! A Southern girl does not expect to go to the beach and be comfortable sitting on the sand. A Southern girl does not expect to promenade down city streets in summer and not wipe a single bead of sweat from her brow. No, sirree, she doesn’t expect those things, but Hawaii delivered them nonetheless. 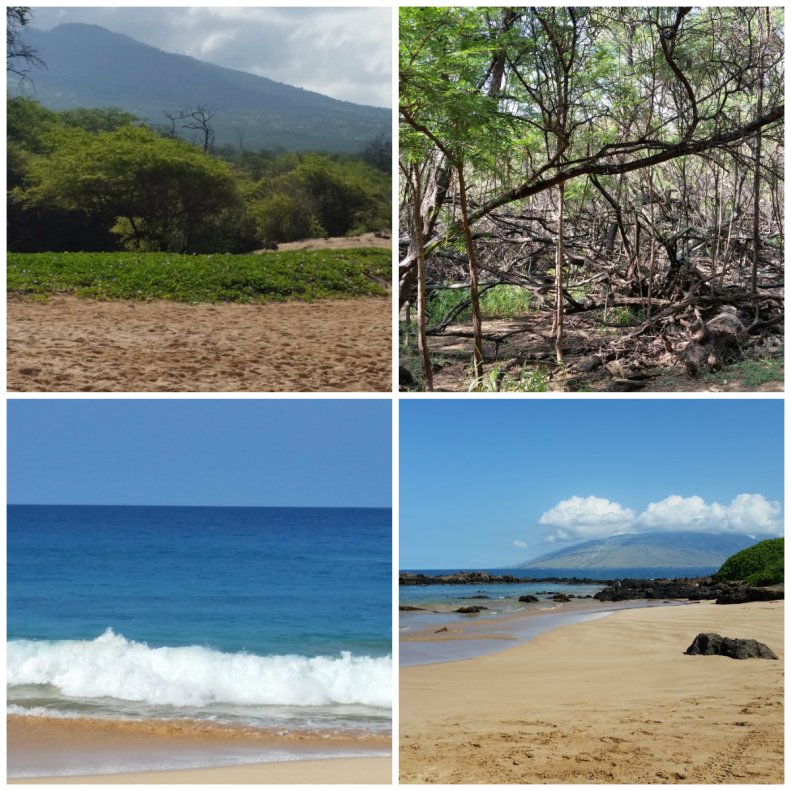 It was, indeed, a very relaxing vacation for us Traveling Socks – and for the family as well, of course. We putzed around from beach to beach and from island to island, and we sampled the most delectable victuals wherever we went. Imagine finding French macarons on a Pacific island. Guess which flavor was Stacy Lyn’s favorite. (Pineapple, of course!)

A couple of short weeks later, it was time to say goodbye to Hawaii and all of the hospitable people we met there. Stacy Lyn doesn’t often travel to the same place twice – there are too many places to visit in the world! However, she would consider going back to Hawaii. Not only are there other islands to see, but the place was just too glorious to cross it off the list!

Mahalo, Hawaii, for welcoming us and showing us the best time! We hope that our paths will cross again in the future (and hopefully before another forty years pass).

6 thoughts on “Socks Jump the Pacific and Land in Hawaii”